Alexaire, “not what he seems” 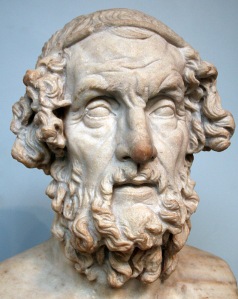 In The Year-god’s Daughter, Alexaire manages to fool everyone. He is a bent old man, a slave, with a severely damaged voice. Most dismiss him, or even barely register his presence.

Yet in his youth, he spied on the Mysteries and learned a few women’s blood secrets. He’s never revealed this forbidden knowledge to anyone, but he is willing and able to put those blood mysteries to use if it will assist Chrysaleon, whom he loves and fantasizes about in ways that would sentence him to death were Chrysaleon to get any whiff of it.

Magic. Enchantments. Alexiare knows too much. Once, long ago when he was not so cautious, he shared some of his knowledge with a young  protégé, a handsome youth he fell in love with. But his lover betrayed him and ran off to offer allegiance to Harpalycus, the prince of Tiryns, who hates Chrysaleon and Mycenae and longs to destroy both.