Finis… or in other words, The End. A sublime combination of words I was beginning to doubt I would ever be able to type, but all edits have at last come to “The End.” It took so much longer than I expected, but I do believe I made the right choice to go through The Sixth Labyrinth one last time. I feel certain this will result in a smoother, more pleasant read.

Thank you to my beta readers… my editor… my copy editors… the cover image artist… and my Gaelic speakers. This was a Team Effort that was years upon years (upon years) in the making.

Cover talk: As soon as I saw this image by Eve Ventrue, I knew it was perfect. It was Chrysaleon, in every way. Angry, somber, and defiant, after three millennia of being reincarnated, forced to suffer the loss of the woman he loves, over and over again. He is deeply scarred, and I think that shows in every inch of this face. 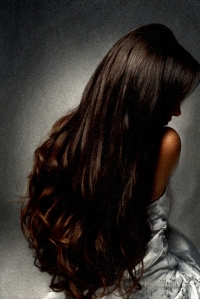 But this story is not just Chrysaleon’s. It is Aridela’s. It is Menoetius’s. And it is Selene’s and Themiste’s. All have reunited in 1870s Scotland.

The Sixth Labyrinth is Book Four in The Child of the Erinyes series.

Winter, 1853. Every home in the village of Glenelg is burned, the residents deported or left to starve.

Douglas Lawton refuses to put his family on the refugee ship, though his wife is in labor. She dies giving birth to a daughter whose paternity will always be questioned.

These mountains in the remote West Highlands of Scotland offer a backdrop to the continuing story of three lives linked through time. A silenced but enduring goddess has seen her place in the souls of humans systematically destroyed, but she bides her time. For Athene, thousands of years mean nothing.

Framed within the Clearances that ravaged the Highlands, one woman struggles with the restrictions placed upon her, and all women. Her buried psyche is that of a queen who possessed unlimited power, yet here, she is little more than a scullery maid.

For thousands of years two men have fought for the heart of Athene’s daughter. Will either triumph? What are the consequences of winning? Ancient prophecy is unfolding, leading our triad into the shadowed corridors of The Sixth Labyrinth.

Posted in The Sixth Labyrinth Arriving in Two Weeks