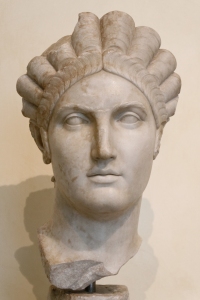 Iphiboë is the queen of Crete’s oldest daughter, and heir to that magnificent throne.

Too bad she’s so timid. A shame she’s so afraid of men, of sex.

The vast majority of Crete’s populace believes poor Iphiboë will fail as queen. They believe she’ll be the downfall of their rich, prosperous civilization. If only Aridela were the oldest, is a thought that runs through a thousand minds a day.

Her name means Strength of Oxen. Her father was Valos, who accepted his three golden apples and walked accepting to his own death.

No one knows Iphiboë like Aridela. But not even Aridela knows the full truth of her sister. The nightmares that have plagued her. The premonitions she’s seen. The future she’s endured, night after night in her dreams.